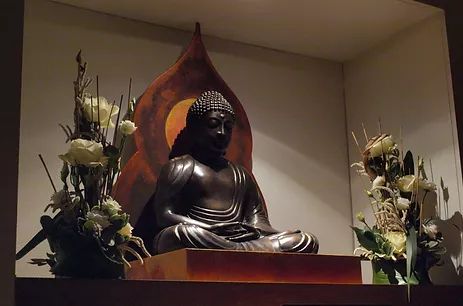 Komyodo is a Zen Buddhist dojo (place of practice) situated in the heart of Leuven.

The dojo offers the ideal conditions for practicing the Way of Buddha. Here you have the opportunity to learn about and immerse yourself in the practice of zazen, ceremonies, traditional breakfast, samu (chores) and teachings.

The essence of the practice is turning the gaze inward and awakening to the reality of existence. 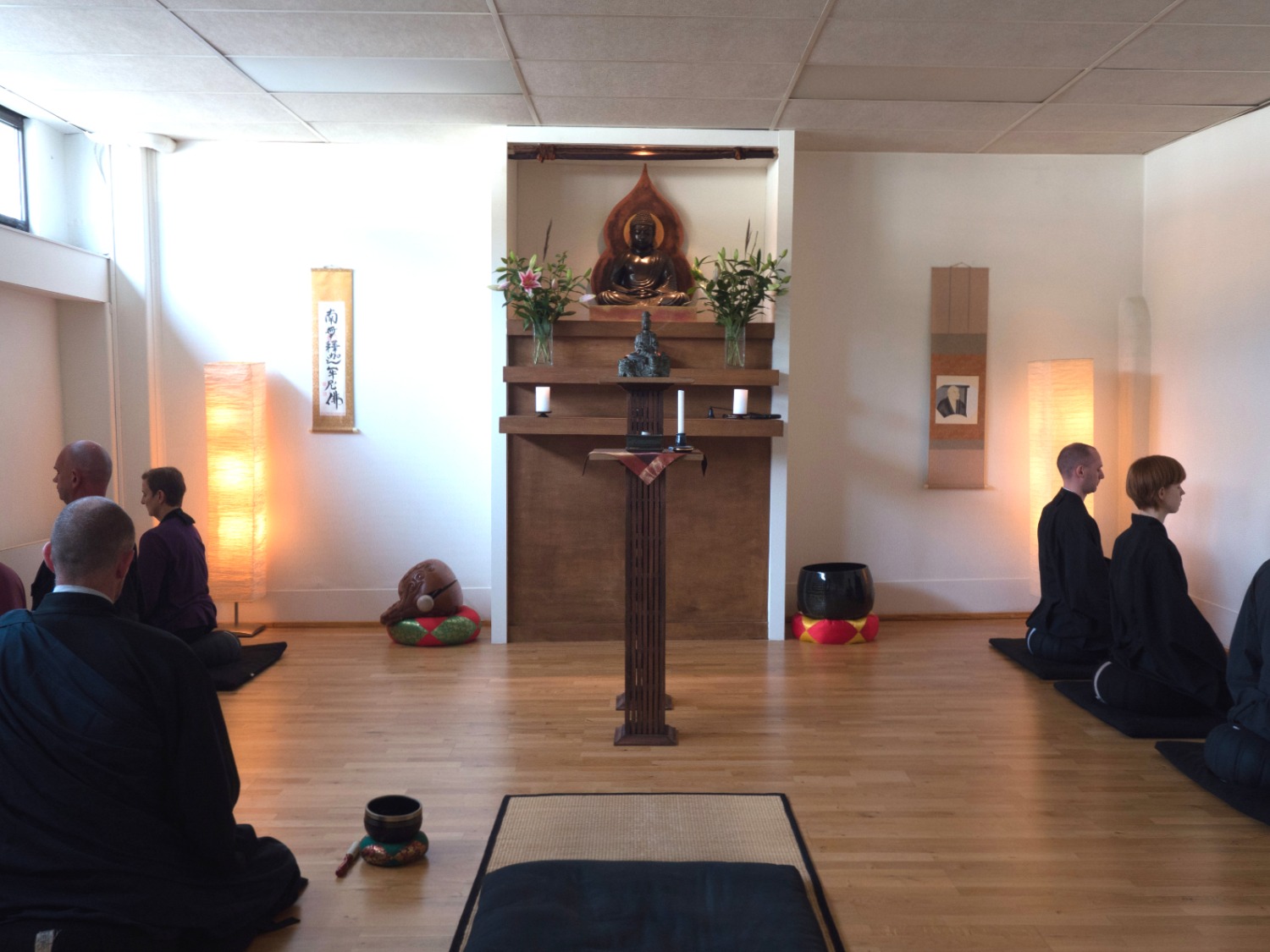 The practice in this dojo is based on the Soto Zen tradition, a Japanese branch of Mahayana Buddhism.

This practice has been transmitted without interruption since the awakening of Shakyamuni Buddha. The dojo is in direct contact with Kanshoji Zen Monastery, of which Taiun Jean-Pierre Faure is abbot. He was ordained a monk by Master Taisen Deshimaru and afterwards received the dharma transmission from Minamizawa Roshi.

There are five zazen sessions per week, which includes kinhin (walking meditation) and a ceremony. The dojo regularly holds zazen mornings and days, sometimes in cooperation with other dojo’s and monks. There are also regular sesshins (retreats) in Belgium, in Kanshoji and other locations.

Komyodo is one of the many European Zen centers affiliated with the Zen Buddhist monastery Kanshoji (France). In order to ensure that the practice taught here is part of the Sôtô Zen transmission, we feel it is essential to establish a strong link with Kanshoji, its abbot and the monks/nuns who live there. Thus we can turn at any time to Taiun JP Faure, the abbot of Kanshoji and referent of our dojo. Taiun Roshi was a disciple of Master Deshimaru, whom he followed until his death in 1982. In 2003, he received the Dharma transmission from Dônin Minamisawa roshi. Since then he has become a certified teacher of the Sôtô Zen Buddhist school, and is a member of the continuous lineage of Zen masters, which originates from Shakyamuni Buddha. 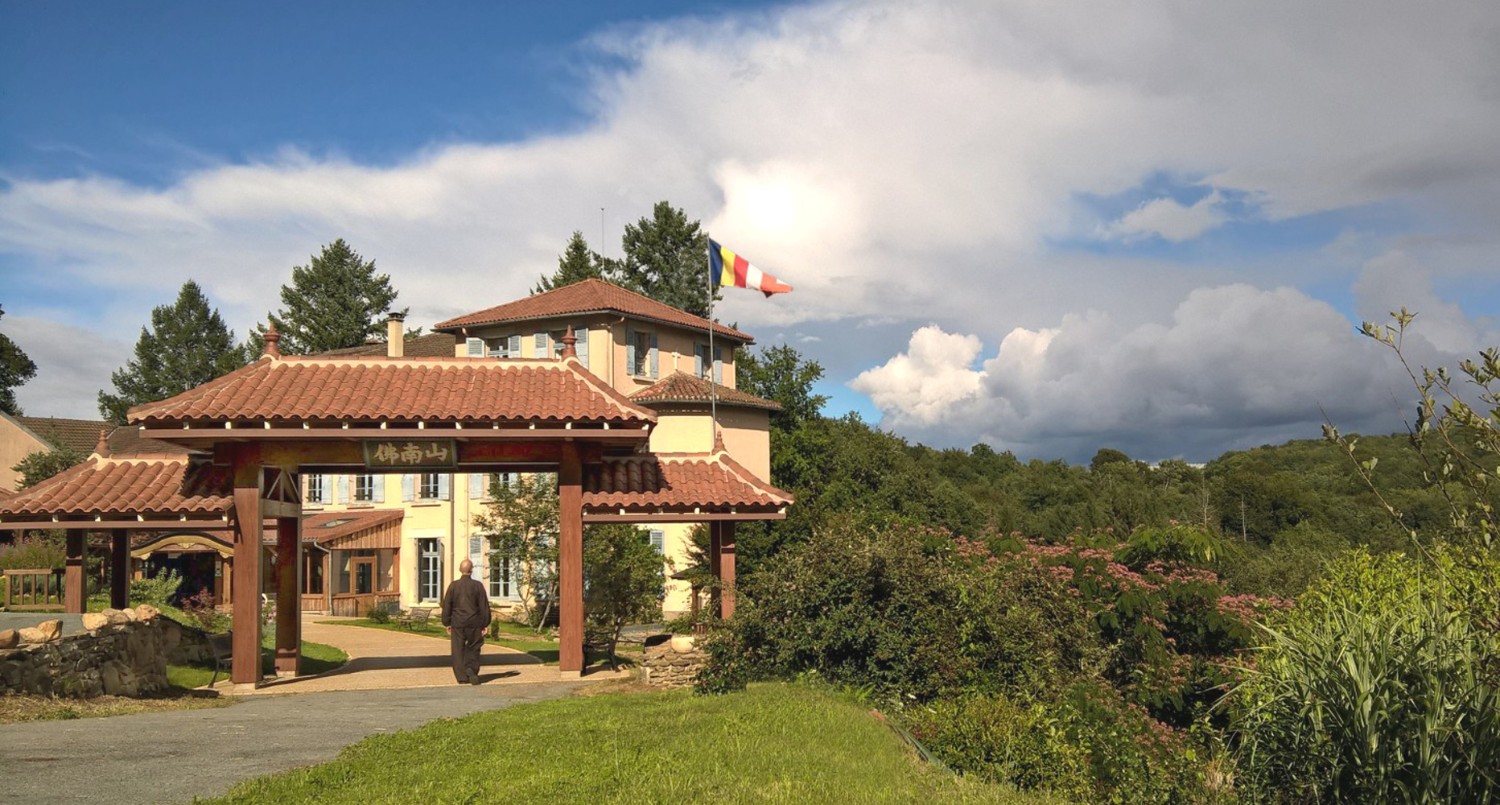 The members of our dojo visit Kanshoji very regularly, thus receiving a true spiritual training. Located in the Dordogne (France), in the heart of the wonderful Périgord-Limousin natural park, overlooking a lake surrounded by forests, this Sôtô Zen Buddhist monastery is an ideal place to realize our presence in the world, at every moment. It is a school of life, open to all those who wish to discover, deepen and put into practice the Buddha’s teaching. One can learn Zen meditation, do spiritual retreats, participate in teaching weekends, attend kesa sewing courses and follow spiritual training.

Sôtô Zen, the Japanese tradition of Mahayana Buddhism, has a vocation to touch the hearts of the greatest number of people and thus contribute to the long and necessary evolution of humanity. Through its link with the Zen Buddhist monastery Kanshoji, our dojo is naturally linked to the great temples of the Sôtô Zen school in Japan, notably Eiheiji, founded by Master Dogen in the thirteenth century, Sôjiji, founded by Master Keizan, and Chuôji, of which Dônin Minamisawa roshi is currently the superior.